We have just finished reading Oliver Twist. It does seem we're keen on Charles Dickens!
So, let's hear the Club's kids opinions. What's the book about? Did you like it?Why?  Why not? What's your favourite character? And the most hated one? 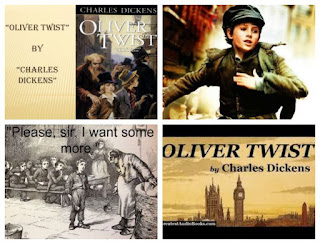 There's a party going on!

A good story to tell and frantic work to celebrate a very special party, cake included!.
The best is yet to come! 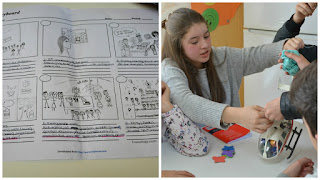 Something's going on in the Club!
An anniversary party is being prepared... with Playmobiles???
To be continued!! You can't miss it! 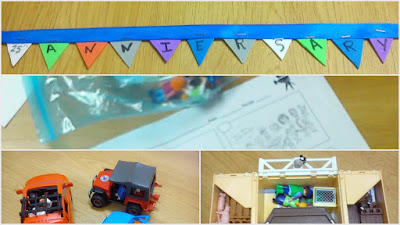 To make last Friday a bit more special, the reading Club moved to the kitchen. Don't expect filloas or orellas, but delicious and yummy chocolate cupcakes! Thanks to Noa for the recipe!
Publicado por Gola en 3:19 No hay comentarios:

Gola was invaded by the spirit of Halloween, scary and spooky as it could be!
The Club was also haunted in this atmosphere, so a scavenger hunt was waiting for the kids.
They had to overcome curses, doughnut-eating and yaky tasks, but they made it!
What do you think about it?